The Wind in the Willows

Book cover design for The Wind in the Willows by Kenneth Grahame.

Every year Penguin Books announces a tender to redesign the covers of selected books. The Wind in the Willows was selected for the 2013 Penguin Books Award in children’s category.

The story focuses on the various adventures of the four protagonists: Toad, Rat, Mole and Badger. Although this tale is known as a classic of children’s literature, these animals are not to be trifled with.

Mr Toad, known as “Toady” to his friends is a wealthy, self-destructing character who smokes a lot. He is crazy for motorcars and adrenaline. Rat, known as “Ratty” to his friends (though actually, he is a water vole) is a friendly and intelligent character. He likes to write poetry and spends most of his time on the river. Mr Badger is the wise hermit character of the book. He is handy with the gun and lives in a vast underground sett, which even incorporates Roman ruins. Mole, known as “Moly” to his friends is a humble, loyal character. He loves his home and comforts but in the end, turns out to be just as adventurous as the rest this unlikely gang.

About the working process

Grahame portrays his characters as anthropomorphised animals, therefore it seemed important to me to show this human quality not only with the character’s clothing but also with their postures and manners. My goal with the design was to emphasize the characters positive values but also illustrate their mischievous personality traits with small details like the pistol in Mr Badger’s hand. I sought the attention of a younger audience consciously by choosing paper cut-out as the technique for this book cover design. 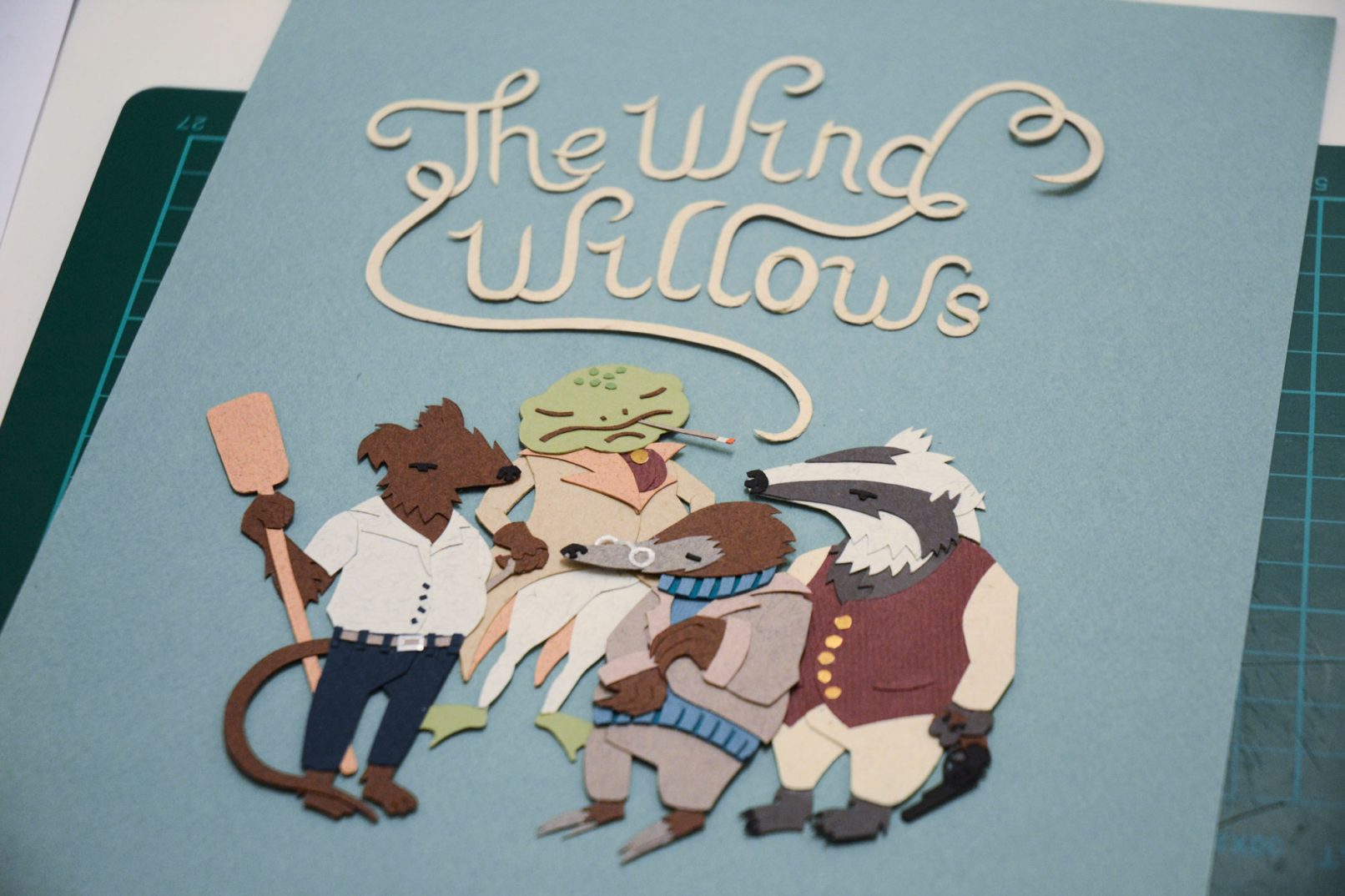 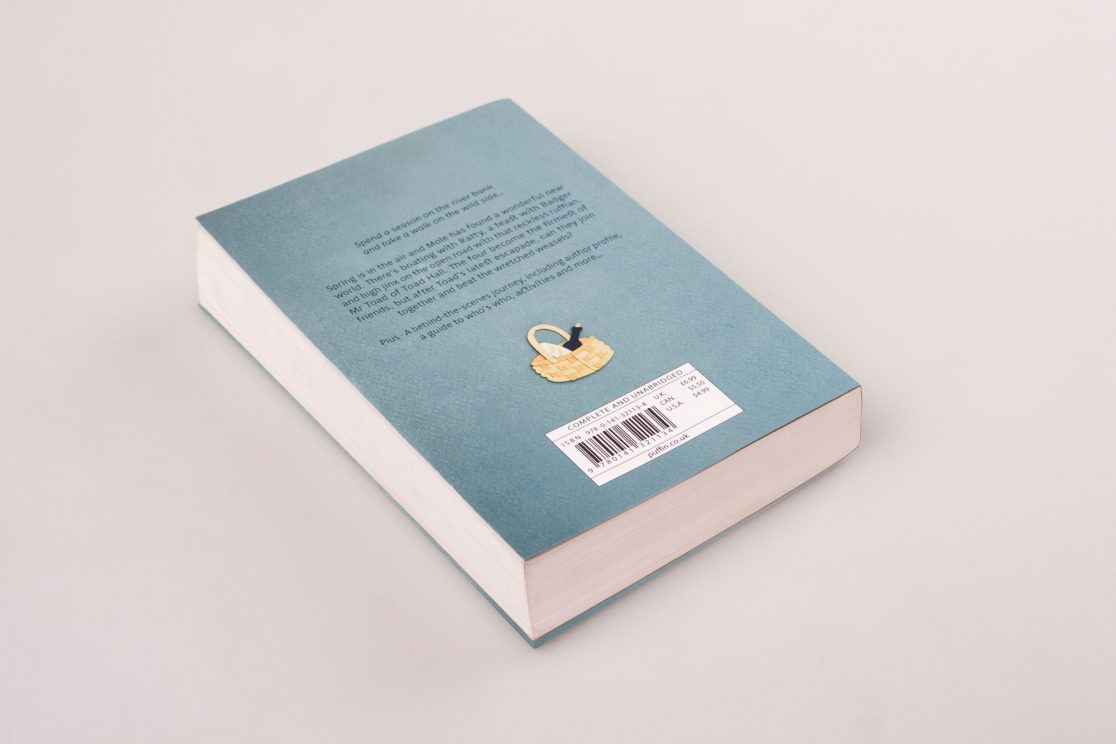 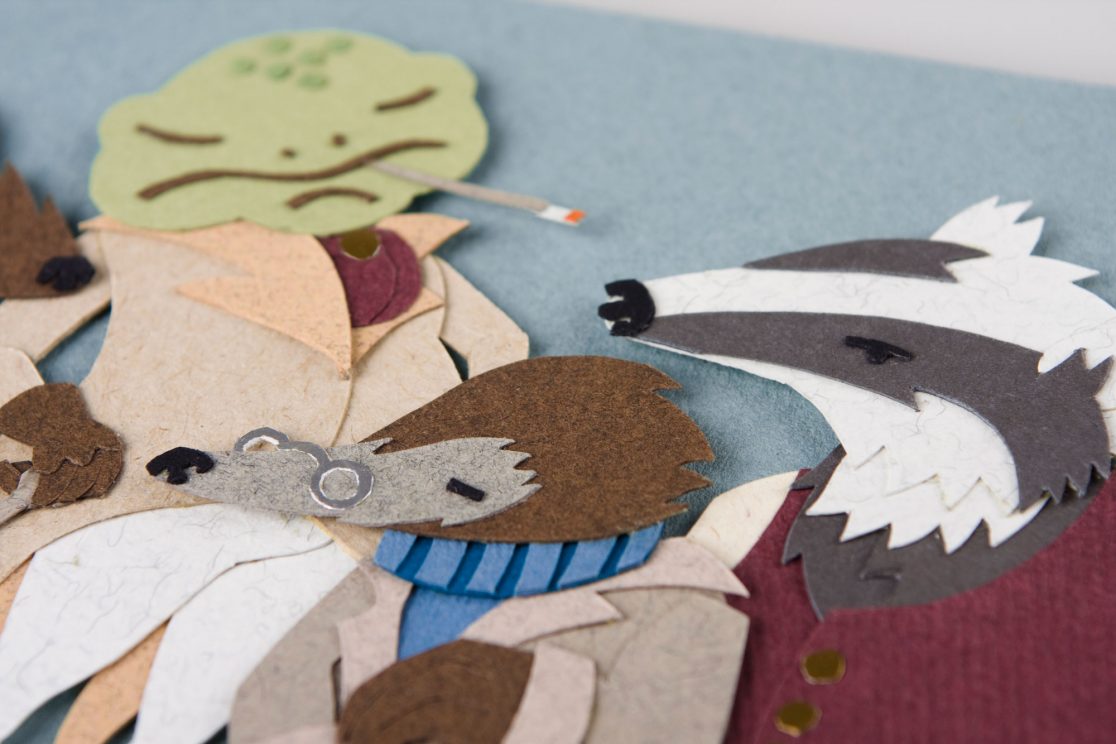 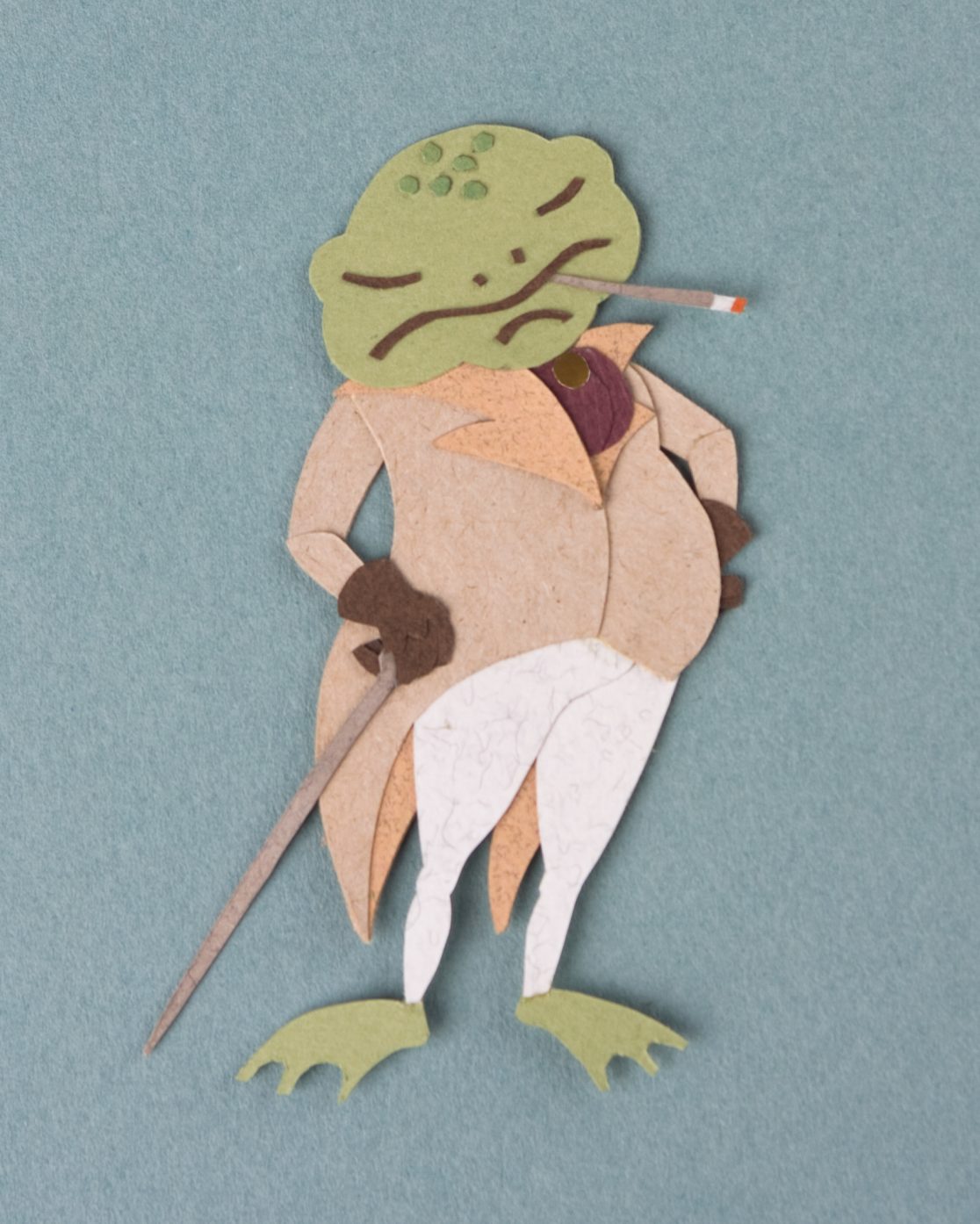 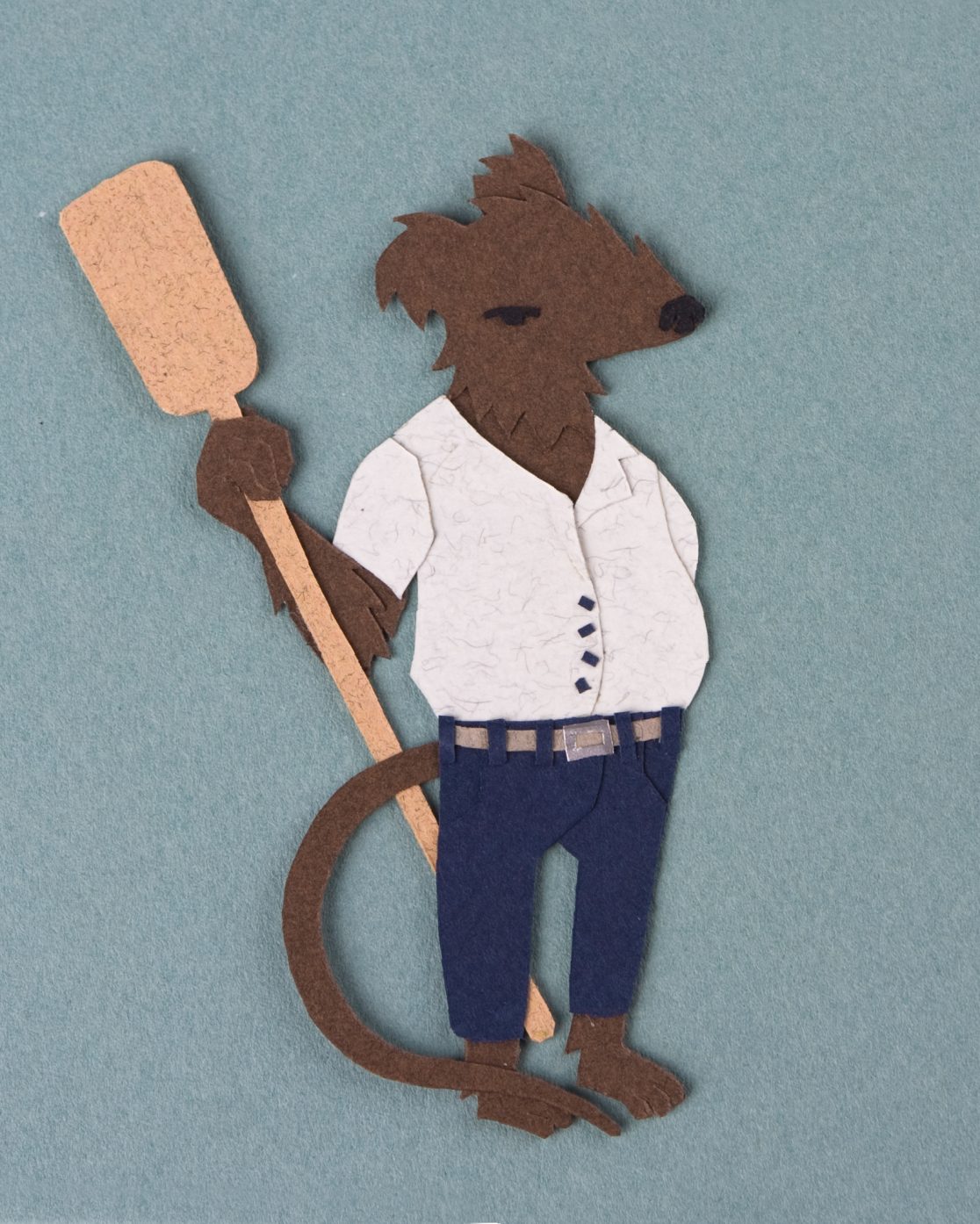 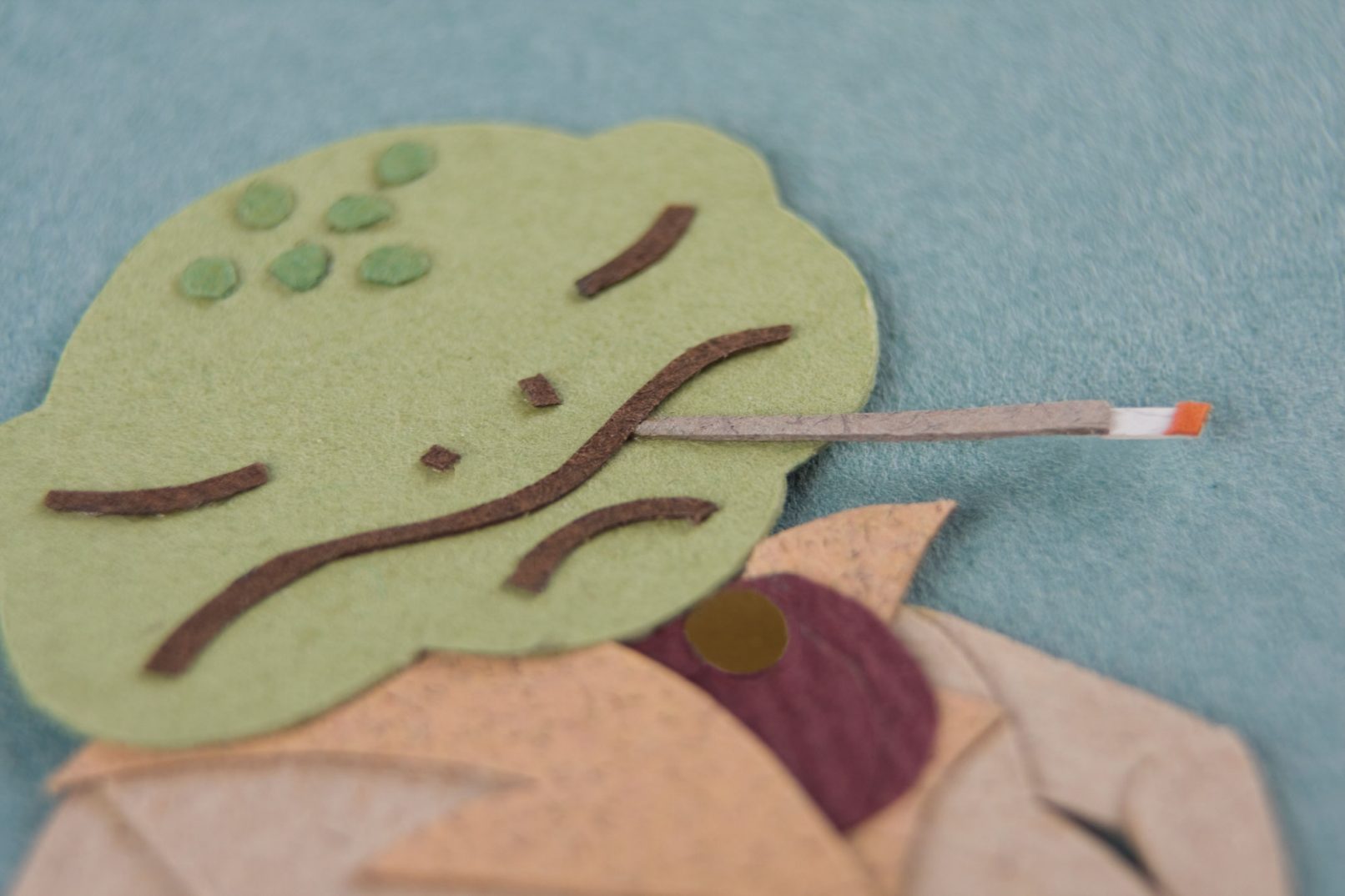 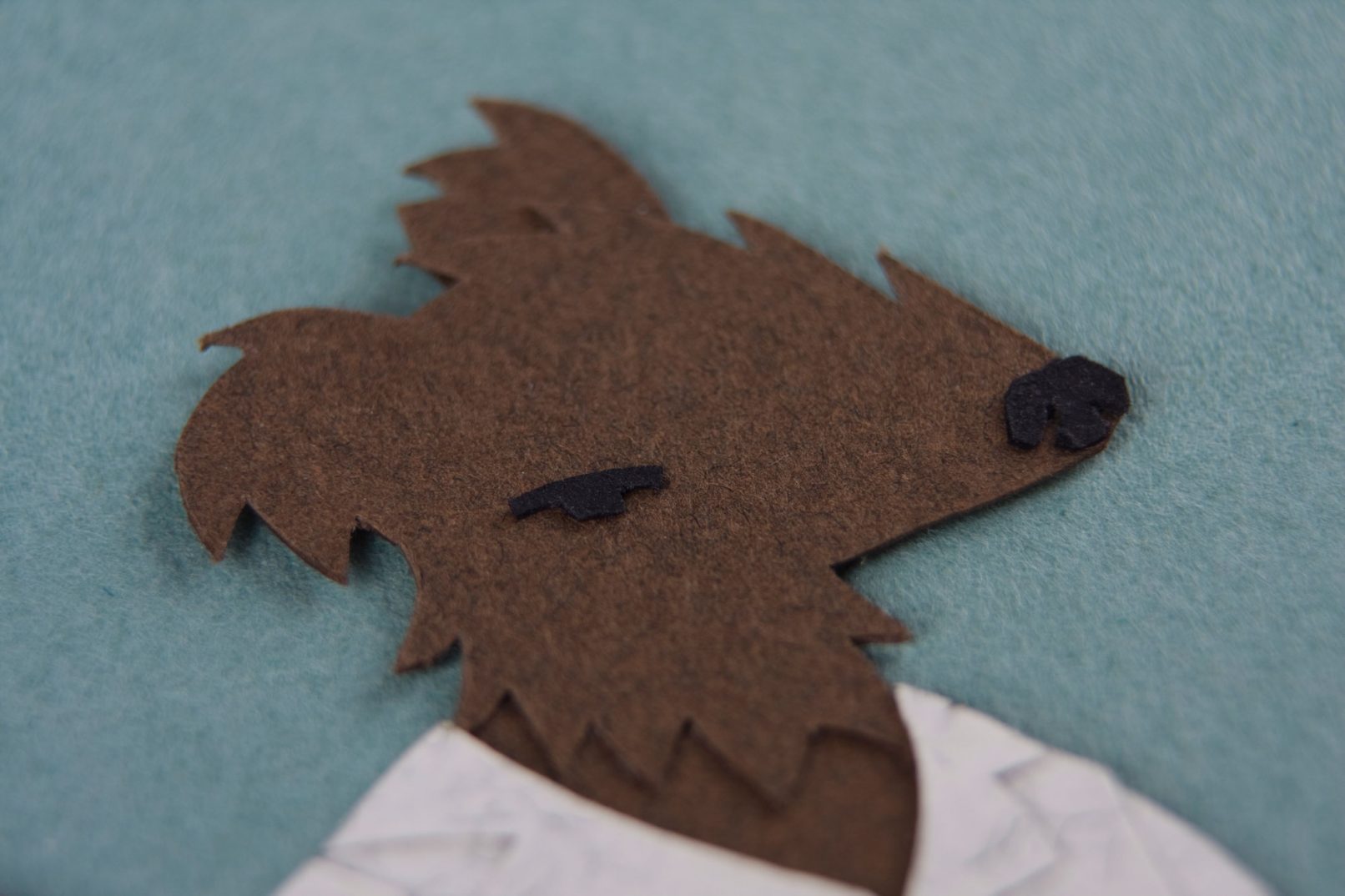 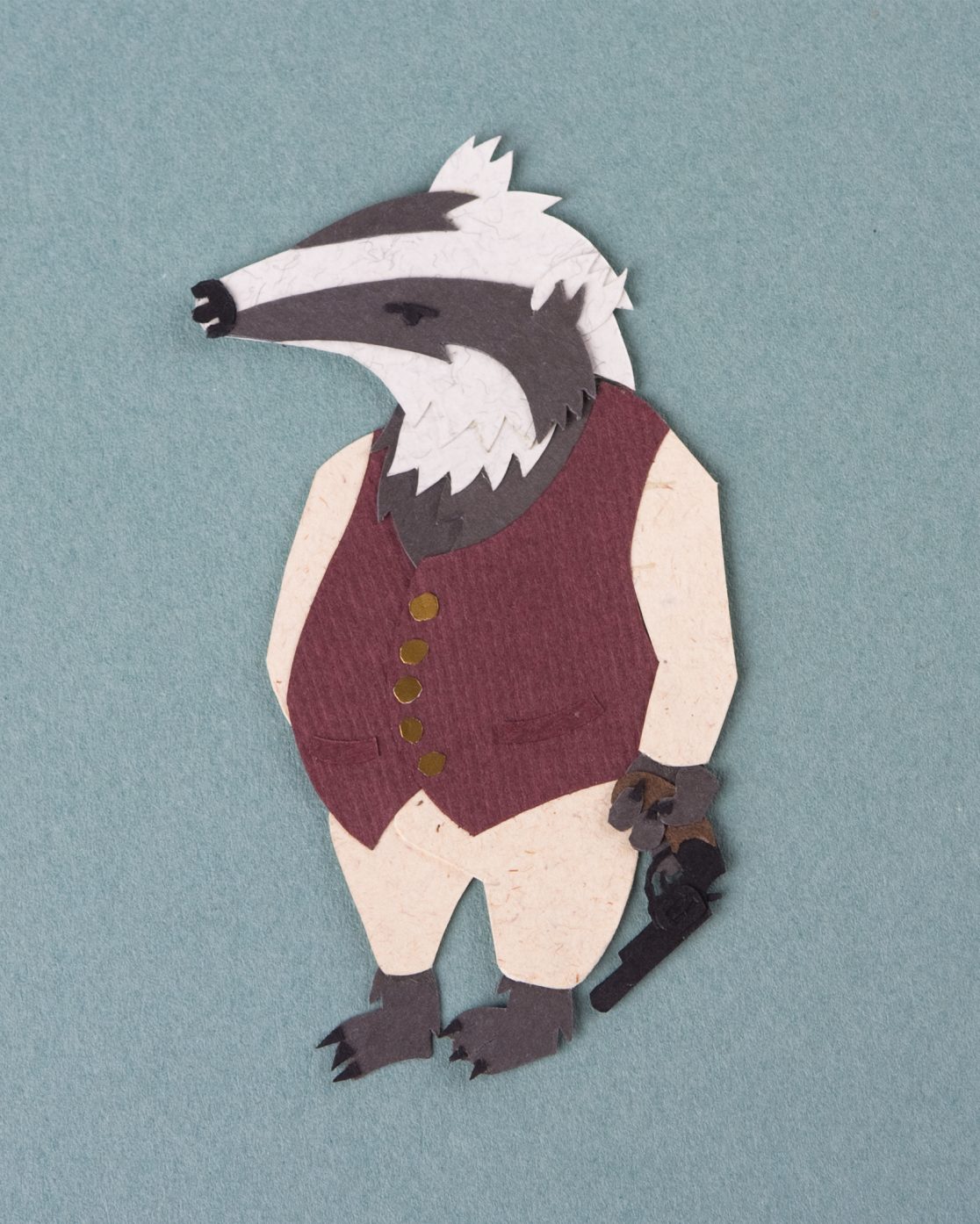 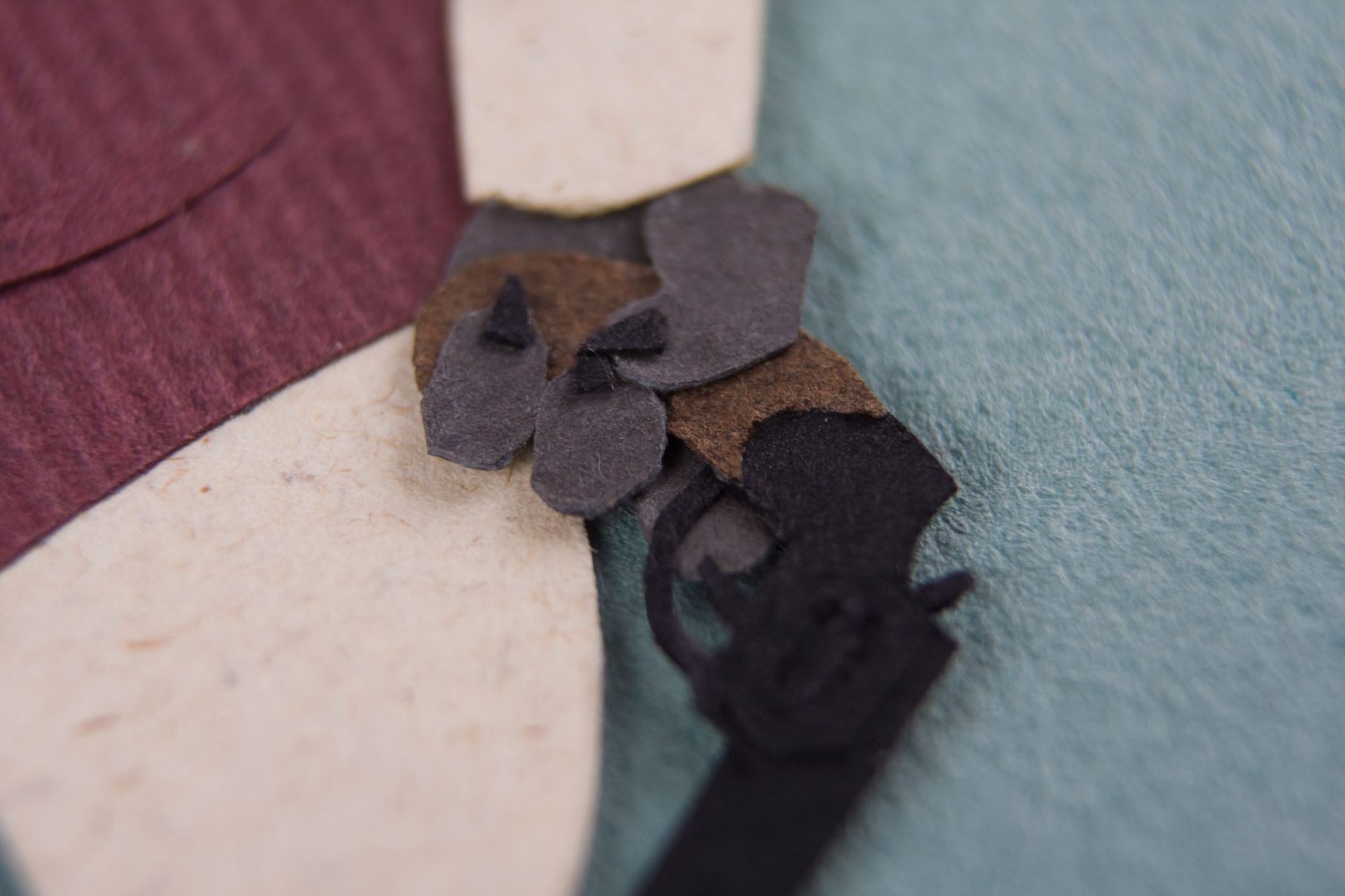