Česká Televize is the Czech public television broadcaster with six channels. Every channel has its own branding with a defined target group. I made this animation for ČT2. This channel offers a wide range of programs including broadcasts documentaries, cultural, touristic and historical magazines, nature-oriented films. It also frequently shows foreign films in the original language, including the latest series from Netflix, Hulu and Amazon. The ident was made to fill the streaming gaps during the live internet streaming.

About the working process

My concept for the animated ident was to show a collection of objects that can be related to the channel’s programme, therefore I choose each object for a specific reason. The vintage movie projector and clapper are there to represent classic filmmaking. The laser sword is a clear reference to Star Wars but also represents the whole sci-fi genre. The One Ring and the Batmobile are again specific objects from movies. The rest of the objects are not as specific but their role is also to remind the viewer to different genres. The map, compass and telescope refer to documentaries fro example. The pipe and the magnifier glass reminds the audience to crime and detective movies and series.

I chose paper cut-out stop motion animation as the technique. At first, I started the work by picking the right coloured papers for the channel’s identity. After that, I drew the composition with all the selected objects, then I cut every piece out of paper. I animated every object separately by Dragonframe on greenscreen. Finally, I used After Effects to create the composition and final visuals. 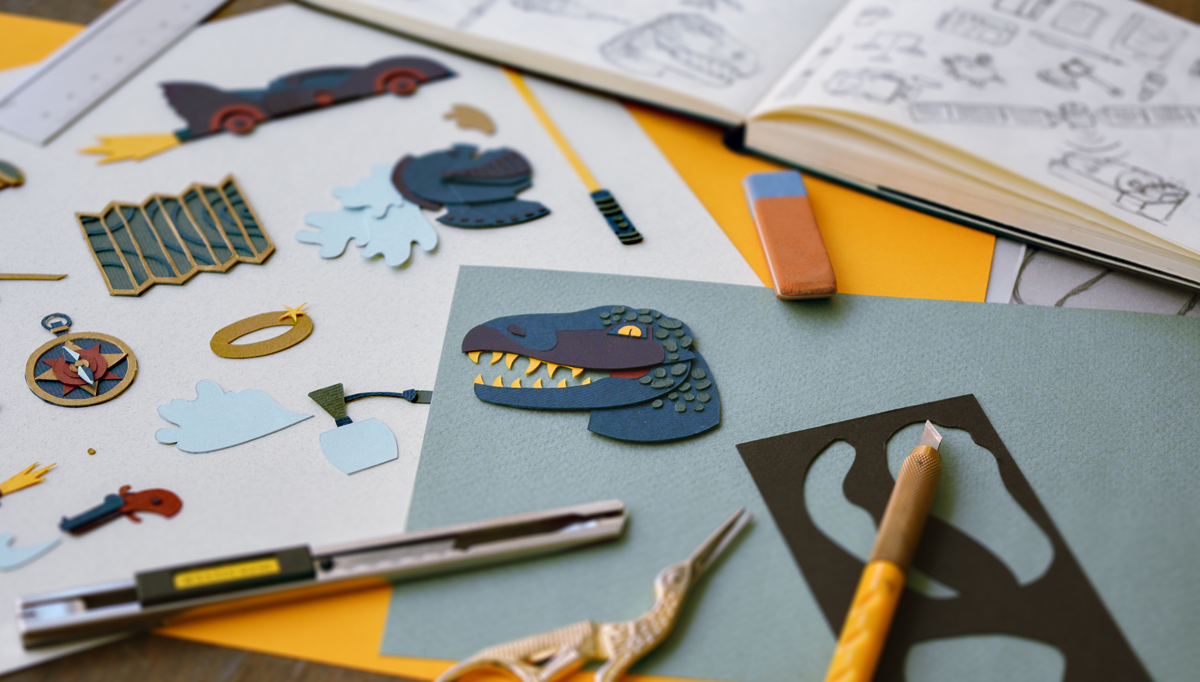 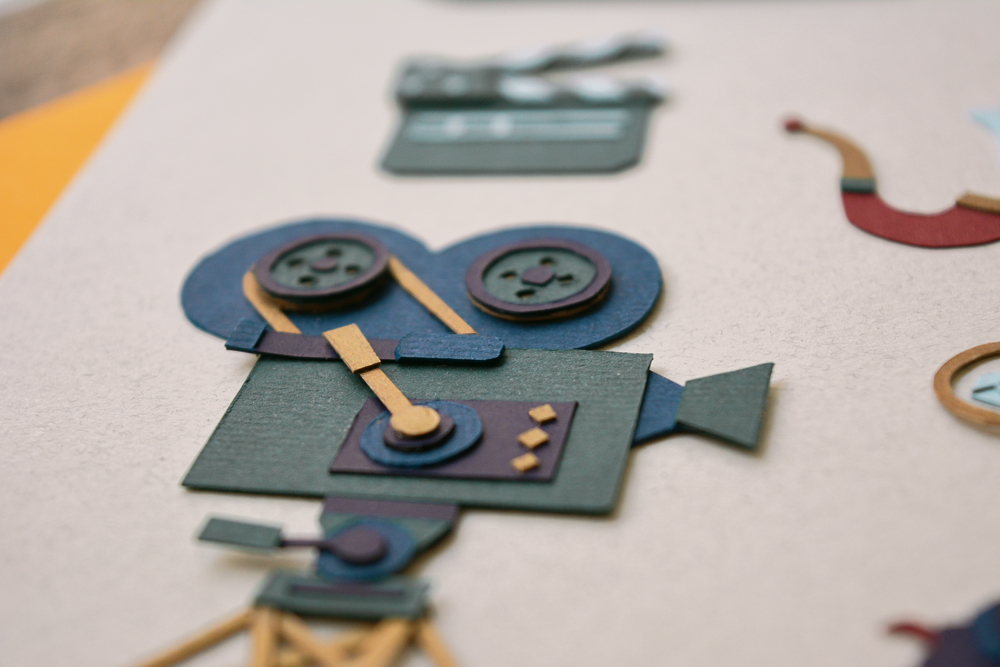 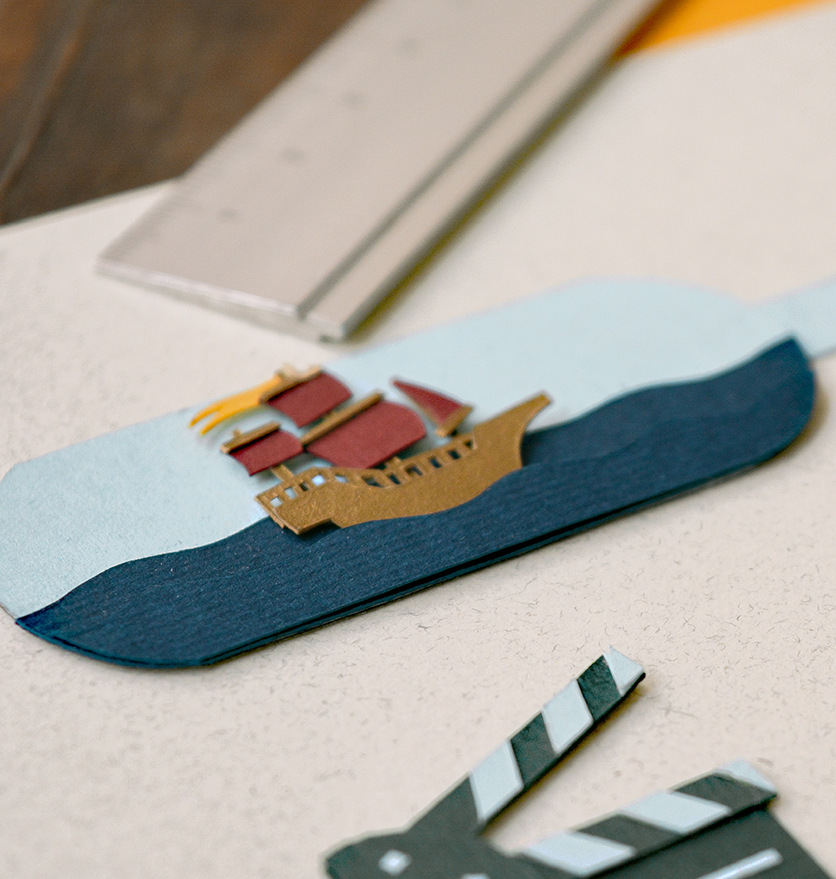 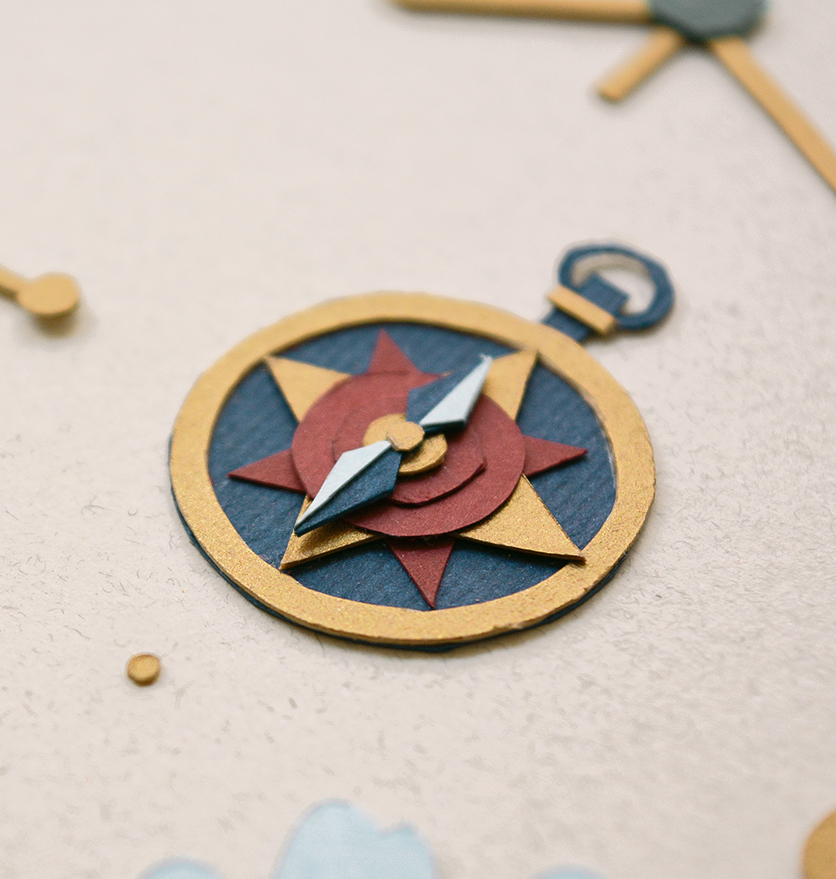 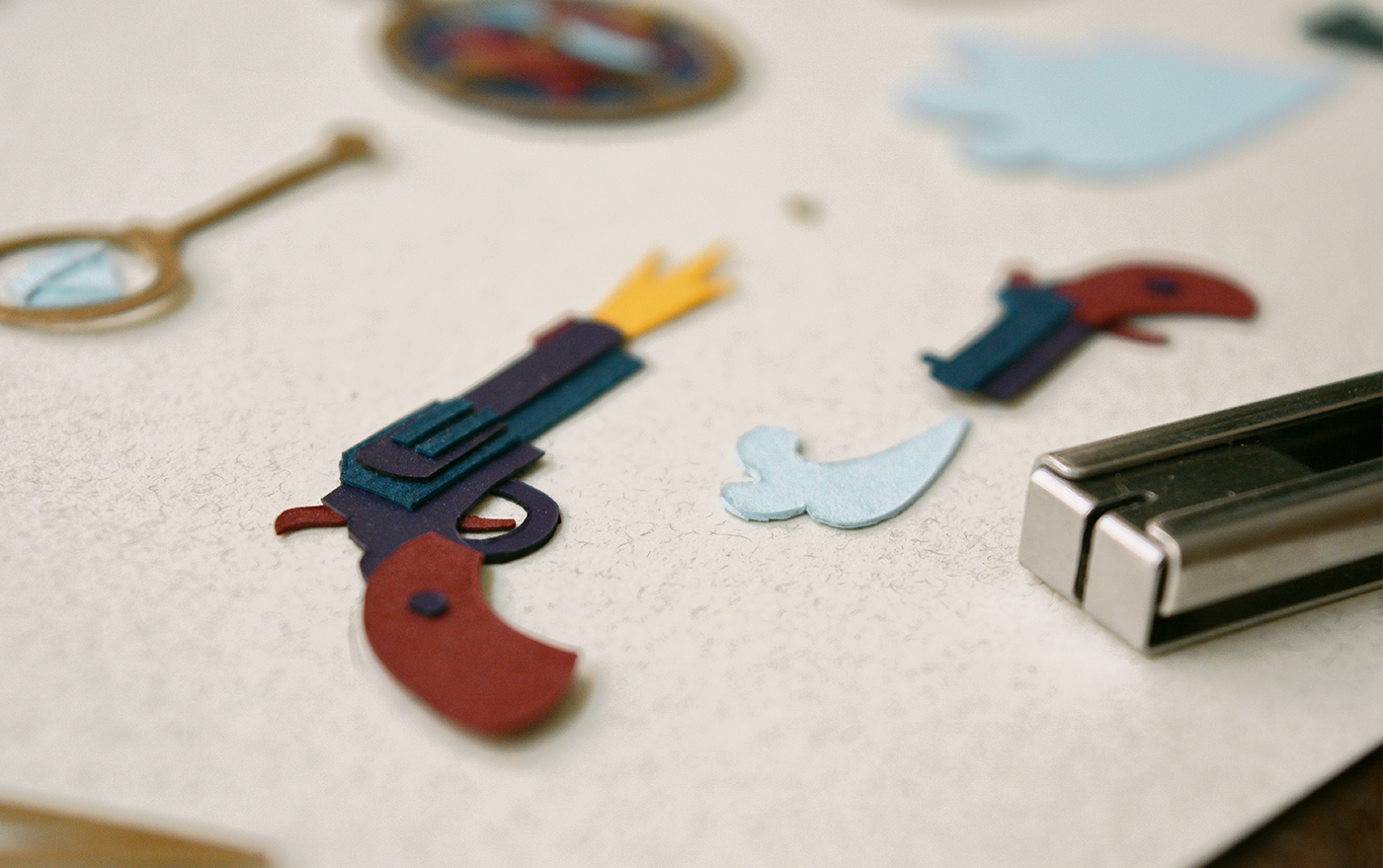 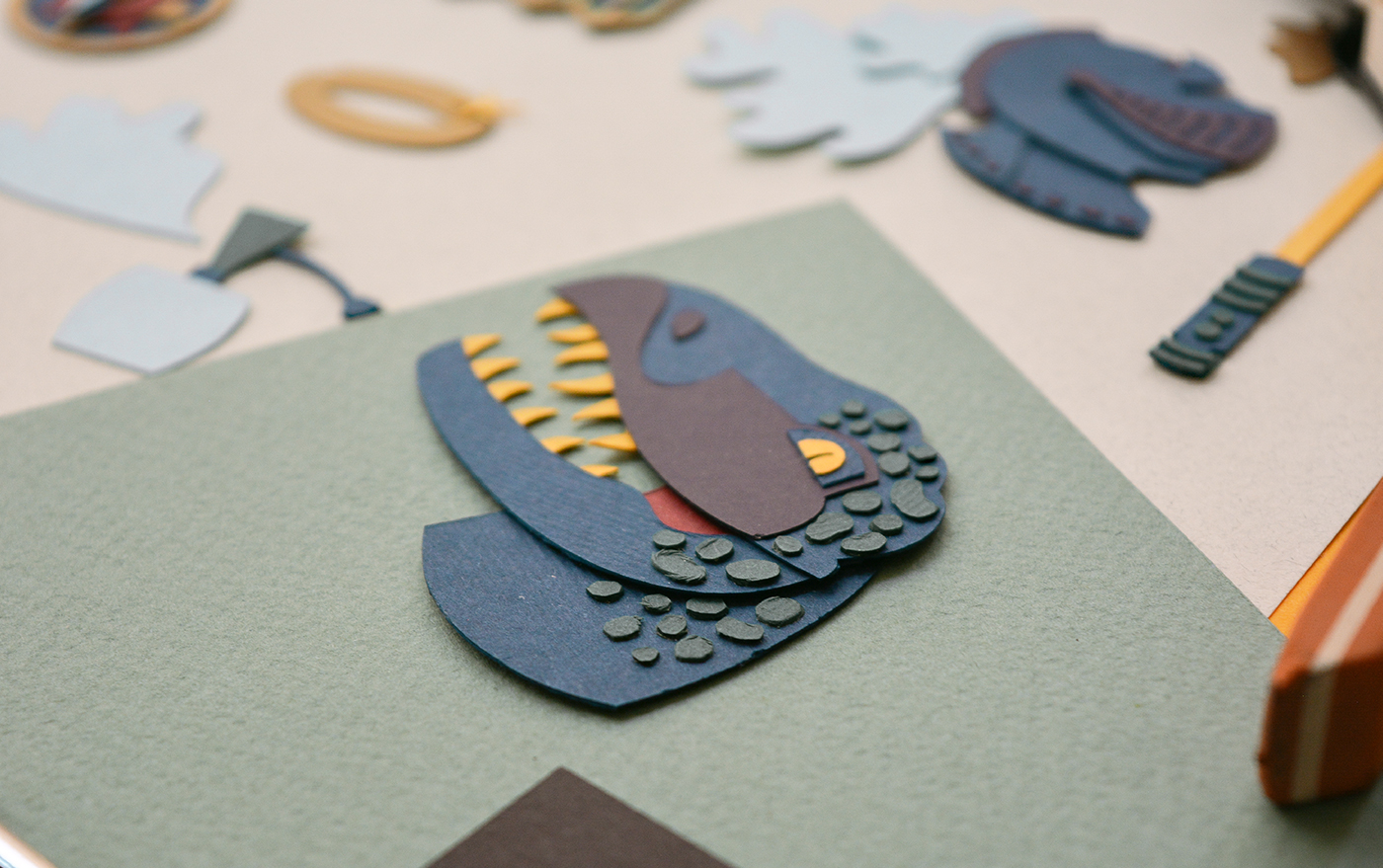